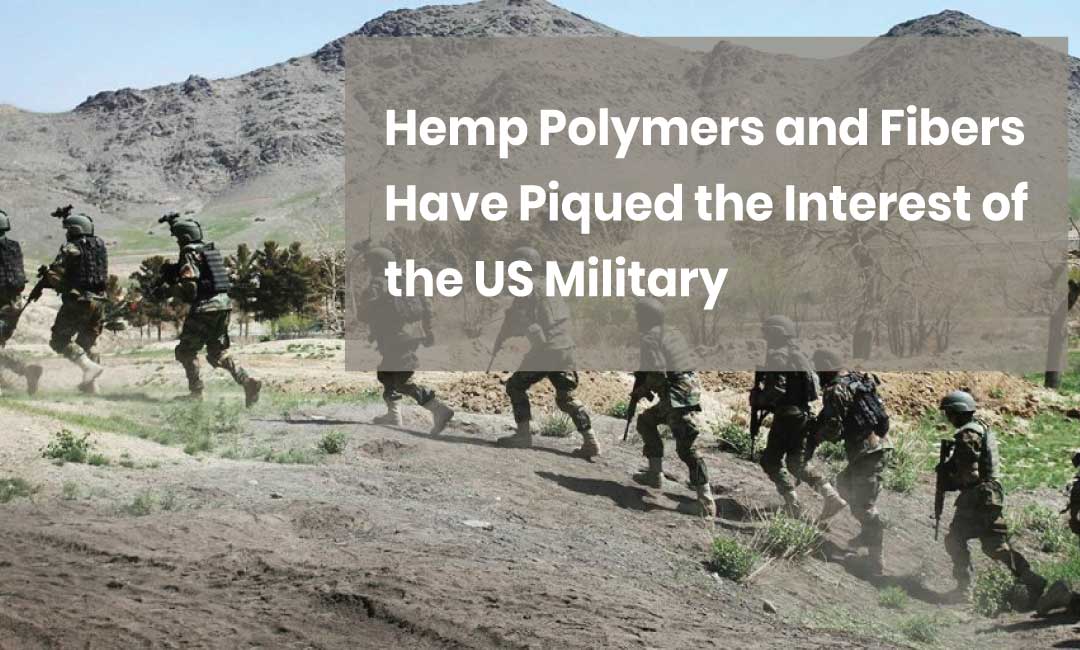 Wisconsin University researchers and the American military are talking about replacing imported polymer and polyester with hemp fiber for their army vehicles. This transition would restore the state back to a time when Wisconsin was a fiber production epicenter – which was during World War I and II.

To bring such a transition to fruition, the University of Wisconsin – Stevens Point have assembled a team of researchers to produce a testable textile for the military. Meanwhile, a couple of state lawmakers are endeavoring to have a legislation passed, one that would contribute $250,000 towards the project.

Many growers in the USA raise hemp for the sake of producing CBD products. However, the plant has other uses that can be exploited.

The military intends to use the plant as materials for seat covers, uniforms, and seatbelts. Their officials believe that hemp fibers are durable and safe, more so than other materials. Further, it is capable of being produced in America, so it won’t have to be internationally imported. This is particularly relevant when you consider that geopolitical tensions are currently at an all-time high.

Rep. Tony Kurtz is the legislation’s sponsor, who is requesting research funds of $250,000. Kurtz is a former helicopter pilot for the US Army and is currently a grain farmer. The last project he worked on involved the investigation of accidents involving military aircraft.

According to Kurtz, the Army – among other military branches – have shown an interest in hemp fibers. They want to use it as a replacement for polyester, which is currently being used in aircraft, vehicles, and even uniforms. Polyester is said to have plenty of drawbacks.

The Hemp Fiber Innovation and Technology Accelerator would be the recipient of the $250,000. 50% of the funds would be derived from Wisconsin. The other half would be privately donated.

According to experts, textiles are being designed by the US department that are fire and radiation-resistant.

Another aspect stimulating the military’s sudden interest in sustainable hemp fibers is the president’s promise to heavily enforce the “Buy American Act,” which was passed in 1933 in an effort to support the American manufacturing industry.

At the time of writing, a significant amount of textiles continue to be imported by the USA from China.

When films about World War II – like “Hemp for Victory” were produced (in order to promote production of the plant), farmers in Wisconsin were prominently featured. At the time, the nation’s leader in fiber production and hemp acreage was Wisconsin.

Experts claims that there are reasons to be hopeful about this crop’s potential, and that Wisconsin farmers, among others in the country, will reap the rewards it will bring.