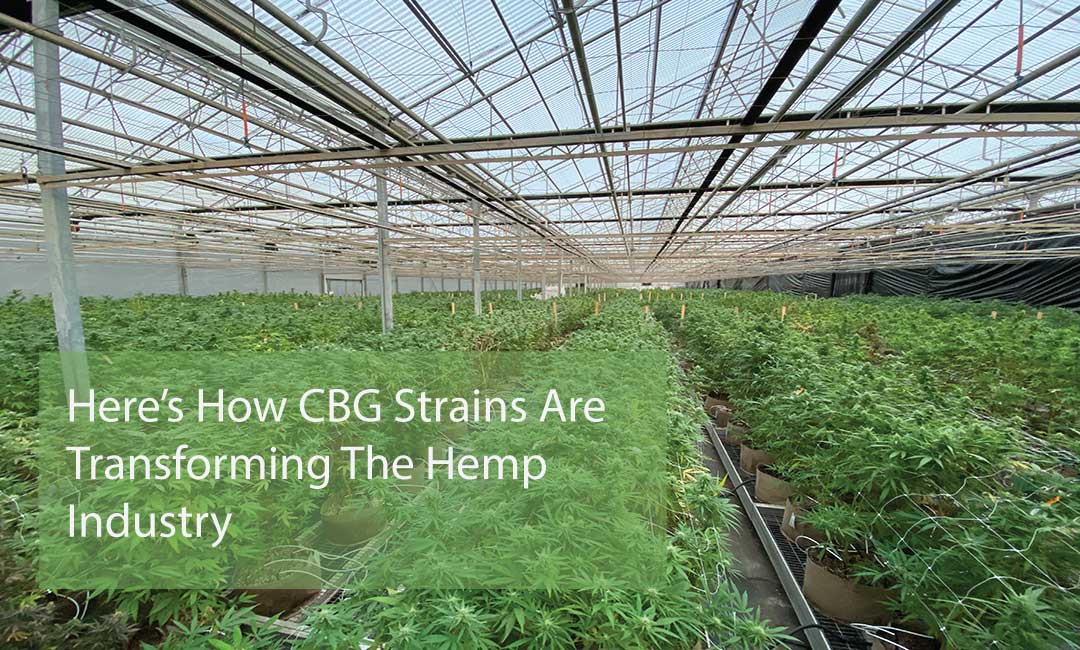 Discovered for the first time in the 1960s, cannabigerol (CBG) is a once rare, non-psychoactive molecule from which so many other cannabinoids are created from. As more companies and brands learn of the therapeutic benefits of CBG strains in pharmaceutical applications, it has gained tremendous interest.

The component in CBG is similar to that of CBD, serving as an important cannabinoid receptors in the nervous system and immune cells.

According to Avicanna CEO Aras Azadian in a comment on molecule: “We know through our own research that CBG has a higher affinity to the endocannabinoid system (EDC) receptors and is showing significant potential in many disease areas.”

The CBG molecule serves as an anti-inflammatory and anti-bacterial agent that regulates mood and mitigates disease-related pain in testing. Many firms find it difficult to produce CBG, given that it is rarely expressed in common cultivars despite its immense benefits.

According to Steve’s Goods CEO James Rowland to Forbes, “it takes thousands of pounds of biomass to create small amounts of CBG isolate. That’s because most hemp only contains small percentages of CBG, whereas there are now hemp strains that contain 20% CBD in the crop. If the CBG content of the crop is only 1% that means you need to extract 20 times the amount of biomass to get the same amount of CBG out.”

THE RESULTS OF TESTING BREEDS

There are specialized cultivars in development with significantly higher amount of CBG due to increased market demand. Some companies have announced an offer of feminized seeds with 15% CBG and compliant THC levels to global markets and farmers.

According to one breeder, “years of breeding excellence has allowed us to breed out THC levels and increase the levels of CBG in what is now a stabilized genetic ready for 2020 harvest.”

Farmers will be in a better position to act on recent regulatory evolution and prevailing industry sentiment to plant genetically superior hemps seeds, and cultivate at large scale if they are armed with industry-Wide research and advancements spearheaded by firms such as AHS.

Concerns have shifted to the impact of the COVID- 19, with some firms helping to grow hemp-specific farming and improve access to life-changing medical cannabinoids.The crisis has led to mass layoffs and businesses shutting down, leading to more than 6 million people being unemployed.

A lot of workers have been laid off and venues completely closed by restaurant and business owners like Jeremy Sasson. According to Sasson, “we found ourselves in a position where, two weeks prior to these transitions, we were already seeing sales compression”.

But the demand for hemp has persisted, with states like Illinois running into a supply crunch despite the recent developments.

As planting season draws near, suppliers of hemp seed are seeing the interest in CBG seeds increase. If you seeking CBG seeds for your field this year, we will be releasing our Milkey Way CBG seeds soon. Learn more here: https://www.liquidmellow.com/milkey-way-cbg-seeds/